Sweepstakes is open for new Facebook "Likes" only. Must be 18 years or older to enter. New Facebook "Likes" will be entered for a chance to win during the duration of the sweepstakes(starts 3/26/12, ends 5/7/12). One winner will be selected by random drawing at the end of the competition pending at least 60 new "Likes". Should the minimum new "Likes" not be met, the new "Likes" will automatically be rolled into the next sweepstakes drawing. The winner will be required to submit proof of posting the Hayes Aviation Sweepstakes post to their own Facebook status. Only actual persons are eligible to win. The winner will receive a Flight Lesson Gift Certificate by mail. The Flight Gift Certificate must be redeemed within 90 days from the sweepstakes drawing date.

Hayes Aviation reserves the right to reschedule the free flight lesson at anytime.
Posted by Andre at 10:49 AM No comments: 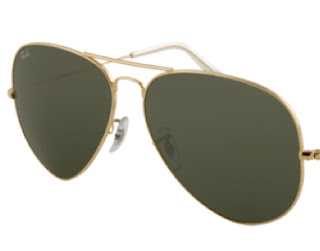 I have a tendency to be harsh on my sunglasses. Here in Florida I’ll never leave home without them. So after a couple of years of abuse, my old trusty RayBan Aviators were past their prime. Naturally I decided to replace my Aviators with a new pair of Aviators, my fourth pair. Aside from the fact that Aviators just look plain good, they are perfectly suited to the task. The lenses provide great coverage, while the frames are light enough to be unnoticeable. Even a pilot’s lightest headset becomes uncomfortable a few hours into a flight. As such pilots really don’t like to weigh our heads down any more than necessary during flight. Being that the frames are thin, the RayBan’s don’t create pressure points at the temple, nor do they break the headset seal around the ears. This time though, I thought of getting a pair of polarized sunglasses. I had learned that polarized sunglasses were not recommended for flight. There are several reasons to this. Since some flight instruments are already covered by polarized lenses, viewing these instruments become a problem when viewed through a pair of polarized sunglasses. LCD monitors such as your laptop screen or the aircraft’s GPS can also be difficult to view at certain angles. The same is apparent in certain jets with laminated polarized windows. To me the most compelling argument against polarized sunglasses in flight is also the best argument for them during every day non-flight life. Polarized lenses are designed to cut down on glare but in aviation, many times the glare off of another airplane’s wings in the distance is the first and best way to see and avoid another aircraft. Because I had stumbled upon an unbeatable price for the polarized version, I decided I would give them a chance. I have to say, that so far, I’m quite happy with them. As a flight instructor, I don’t fly jets with laminated windshields, so that isn’t a problem. The GPS in the airplane seems fully readable and the instruments appear to not reside behind polarized treated glass. I have noticed that my laptop screen does go dark when I drastically tilt my head one way or the other. But this would certainly not be the normal way of viewing the screen anyhow. As of yet, I haven’t flown with the new sunglasses enough to decide if the reduction of glare will impede scanning the wide blue yonder for traffic. I don’t expect it to become an issue as I still notice glare. The operative word here is that they REDUCE glare, the polarized glasses do not eliminate glare. Also, there is an argument that cutting down on glare will reduce visual fatigue which in turn allows you to scan the sky more effectively. For now I’ll stick to the new lenses. If I have any issues with them in flight I’ll just get another pair, with the classic green G15 lenses, just for flight. Who knows, if I have two sets of aviators, they just might last longer!

Word to the wise, this blog is based upon my own observations, user experiences may differ. Although not prohibited by the FAA, the official FAA stand (as per an Advisory Circular) is to not recommend polarized sunglasses for flight.
Posted by Andre at 11:35 PM No comments:

Andre
Welcome to my little space on the web. I run a small flight training business in the heart of central Florida. My two blogs follow my business from two different perspectives. Up Up & Away follows the aviation training aspect of Hayes Aviation, while From Beansprout to Beanstalk follows the business side of Hayes Aviation.